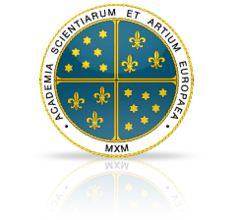 As a member and chair of governance bodies of renowned world market leaders, Malik is an expert in international corporate governance practice. In addition, Malik is member of a wide variety of scientific committees, including the European Academy of Sciences and Arts in Salzburg.

The European Academy of Sciences and Arts Salzburg was established in 1990 by Professor Felix Unger, Cardinal Franz König † and Professor Nikolaus Lobkowicz. The purpose of the academy is interdisciplinary discussion between representatives of the most widely varying fields of science, all kinds of ideologies and scientific cultures. The academy also pursues international dialog. It supports the development of new scientific knowledge and academic thought. Prominent members of the academy are internationally recognized scientists, including many Nobel prizewinners, such as Joseph E Stiglitz, Mikhail Gorbachev or Luc Montagnier.

The subject of the 2012 general meeting was “Complexity”. The complexity researcher Professor Klaus Mainzer, holder of the Chair of Philosophy and Scientific Theory at the Technical University of Munich, spoke on “Complexity in thinking”. In his keynote speech Professor Fredmund Malik discussed the meaning and application of complexity and of the Malik tools in the business world and society.

Numerous representatives of East European countries took part in the general meeting, such as the president of Macedonia, Gjorge Ivanov. Furthermore, illustrious church representatives were present, including the patriarch of Antioch, Syria and the archbishop of Riga.

Web: European Academy of Sciences and Arts: Duties and Responsibilities Report on Salzburg24 (in German)

European Academy of Sciences and Arts