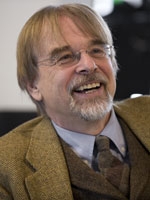 Prof. Gunnar Heinsohn is one of the greatest, most knowledgeable and creative scientific thinkers. Together with his colleague Professor Otto Steiger, who passed away in 2008, Professor Gunnar Heinsohn created a radical new and revolutionary economic theory based on the mortgageability of private property, which he refers to as property economics. It represents what is to date the only theory to explain economic activity in the actual sense of the word. It provides an entirely different take on the debt crisis, its causes and the driving forces behind it, compared to mainstream economic theory. In selected Malik Letters, Prof. Heinsohn and Prof. Steiger highlight ways out of the crisis, the solution being their economic theory in combination with Malik Management systems and tools. Professor Heinsohn is the author of more than 900 publications, co-editor of the magazine Zeitensprünge and also writes for major international newspapers. 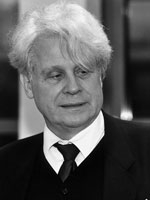 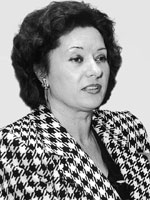 Prof. Linda Pelzmann has been enriching the Malik Letter with her regular guest articles on the subject of industrial and organizational psychology since 2001. Among other subjects, she deals with the psychological drivers on the stock exchange. Only those familiar with these forces can really comprehend the stock exchange. Other central themes that Linda Pelzmann has addressed on a number of occasions in the Malik Letter include mass psychology and psychological motives that can have far-reaching consequences in management positions. Pelzmann is the dean of the Industrial and Organizational Psychology faculty at the University of Klagenfurt, Austria. From 1992 to 1999, she was Visiting Professor in Industrial and Organizational Psychology at the Vienna University of Economics and Business. From 1999 to 2001 she worked as Visiting Research Professor at Harvard University, Cambridge, U.S.A. as part of the „Mass Manufactured Will“ research project. 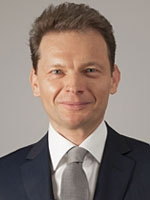 Dr. Thomas Pöck has more than 20 years of professional experience. He served in managerial positions in companies for more than eight years and has worked for Malik since 1996. The development of businesses and their people is his focus. Among other things, this addresses matters of strategy, organization, productivity, and implementation. Many years of professional experience, an entrepreneurial background as well as entrepreneurial experience of his own have made Dr. Pöck a point of contact for many entrepreneurs, supervisory boards, executive boards and managers over many years. Thomas Pöck earned his doctorate in Business Administration at the European Business School in Oestrich Winkel.

Dr. Roman Stöger is Associate Partner and Head of the Expert Group Stra­tegy at Malik. He is also a lecturer at the University of St. Gallen and advisor at a company. His consulting mandates include companies from the industry and retail sector, banks and NPOs of all sizes. He has published numerous books and articles on the subjects strategy, processes, organization, management and project management.

Malik Letter in our shop