The Cwarel Isaf Institute was founded to make the life’s work of Stafford Beer available to society. Stafford Beer’s thinking and the avenues he opened to solutions are of fundamental importance to management in complex systems. For the benefit of organizations now and in the future, the aim is for his work to be put into a form in which it is understandable and geared to practical ap­pli­ca­tion, and for it to be passed on both to those actually engaged in management and those who are studying it.

The founders of the Cwarel Isaf Institute are Fredmund Malik and Stafford Beer who were close friends. After Beer died in 2002, the institute became part of Malik to save and further develop Beer’s work. 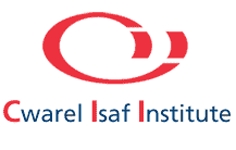